The Oxford Collection is delighted to announce that on the 26th of May 2022, at noon on the dot, we finally reopened Gees’ glorious glass doors, reintroducing our highly anticipated utopia to locals and visitors alike…

In 1897, the Grade II listed conservatory started life as a greengrocer and florist. Nearly a century later in 1985, Jeremy Mogford converted the vegetable, fruit and flower shop into Gees Restaurant & Bar. Fast forward to spring 2022 and following a full, top-to-bottom makeover, Gees has unveiled a brand-new kitchen, a glamorous repositioning of the old Gees bar, and a total redecoration throughout.

With the addition of the new Secret Garden, a secluded courtyard terrace at the rear of the glasshouse, and Gees Gallery, a beautiful multifunctional private dining space, Gees welcomes guests, old and new, to the Mediterranean-inspired utopia with a new glow. 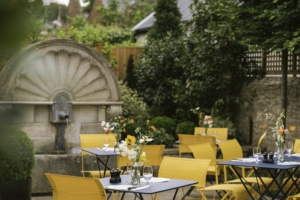 With the increasing demand for sitting outside, especially post-pandemic, we have incorporated a new outdoor dining area with the modern guest in mind – a place to be used for al fresco dining and meeting friends.

“Colours of optimism…. Yellows of the sun and blues of the water inspired the Secret Garden”, says Jeremy Mogford. “The garden terrace is a sunlit, south-west facing sanctuary for diners. Drawing influence from the styles of the River Café in London, and from Gees’ sister restaurant Quod with its own terrace’s huge popularity, a colourful setting complemented by the creation of a uniquely constituted fountain was born.”

“I’ve said for years that Gees should have a water feature… a perfect fit amongst the many plants and foliage I’ve tended to over the years.” – says Jacqui, Head Gardener at The Oxford Collection. 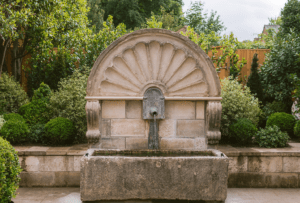 Beyond the new water fountain, Gees’ new Secret Garden has distinct views to the west of the unique ‘Phil & Jim’ steeple of St Philip and St James Church, and of the surrounding rooftops. To the east, a new perspective over what was formerly a flower shop and is now Gees Gallery, the exterior space that blends the new world with the Victorian… the famous Gees glasshouse. 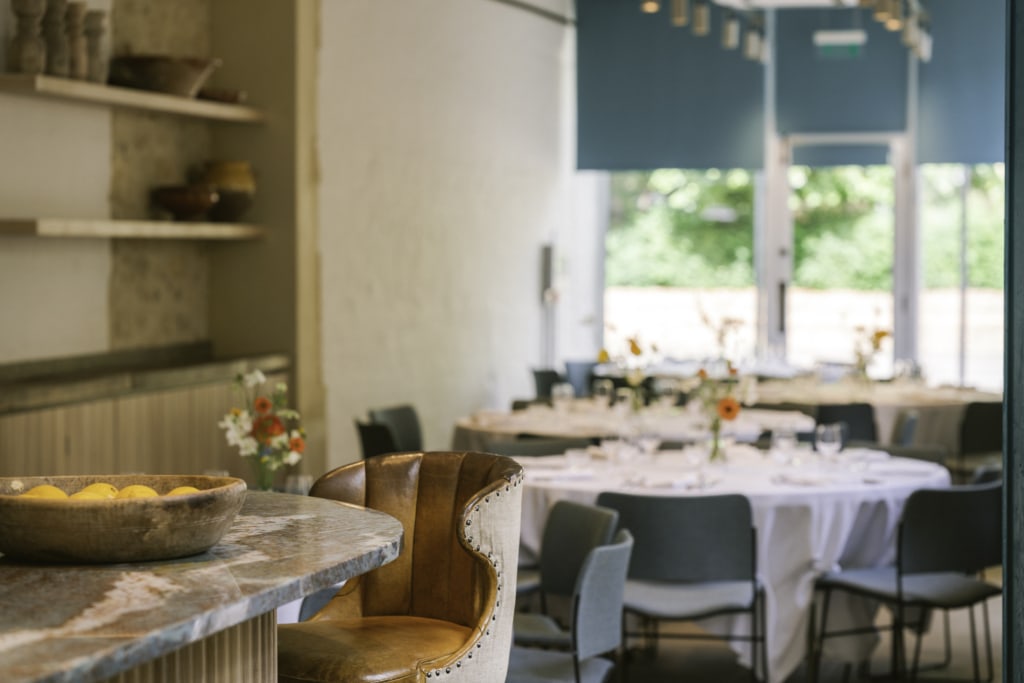 It has been Jeremy’s long-standing dream to work closely with the colleges in Oxford and other institutions in Oxford city and beyond, to loan works of art or sculpture for free display in a spectacular new rotating gallery space. These may be viewed by the public by arrangement, free of charge. Gees Gallery will also invite promising new artists to exhibit their work for a limited period of time to launch their careers.

The first artist to be featured in Gees Gallery was at the forefront of British art in the 1950s, named Bernard Kay (1927-2021), who created some very interesting works, but strangely would never sell them. We have acquired some prime examples of his work to launch Gees Gallery.

The simple, modern and airy interior space has been designed to accommodate lunches, dinners, drinks, parties, conferences, promotions and film shows. Our collection – Quod Restaurant & Bar, Old Bank Hotel, Old Parsonage Hotel & Parsonage Grill, (and soon to open 36 St Giles) – has recognised the return of group dining. Rebecca Mofford, Director of Operations at The Oxford Collection says: “We have become increasingly aware of a huge demand for events seating up to 40 people.”

The design takes inspiration and guidance from the architecture of the building, the original stone exterior and interior aim to transport guests to the ancient Italian, Spanish or Greek cityscapes.

Gees Gallery will promote and sell art and photography, as well as limited edition take-home culinary items made in the new kitchens of Gees Restaurant & Bar, including bespoke olive oils and pickled vegetables. 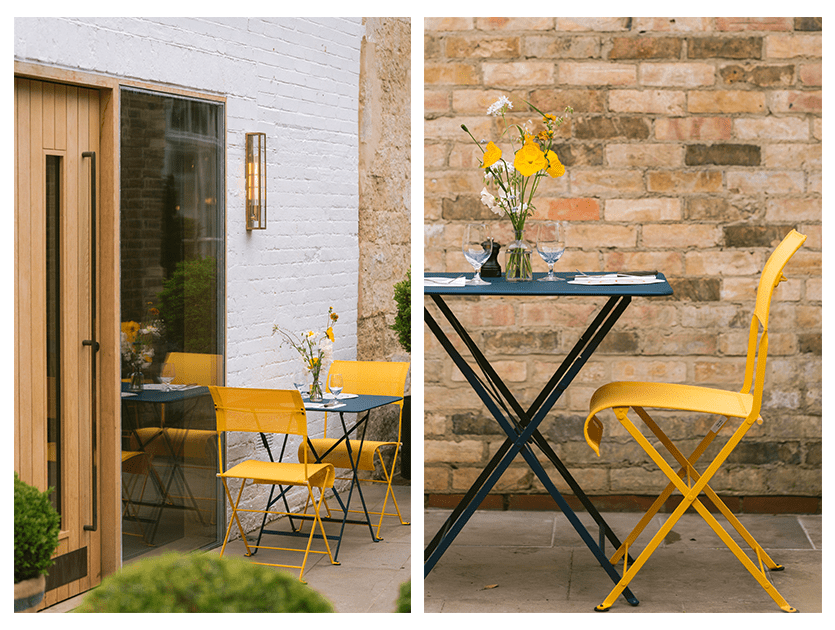 It was a grand reopening indeed… from the entire team at The Oxford Collection, a big thank you to everyone involved in supporting our growth. We hope to see you there!

Manage Cookie Consent
To provide the best experiences, we use technologies like cookies to store and/or access device information. Consenting to these technologies will allow us to process data such as browsing behaviour or unique IDs on this site. Not consenting or withdrawing consent, may adversely affect certain features and functions.
Manage options Manage services Manage vendors Read more about these purposes
View preferences
{title} {title} {title}